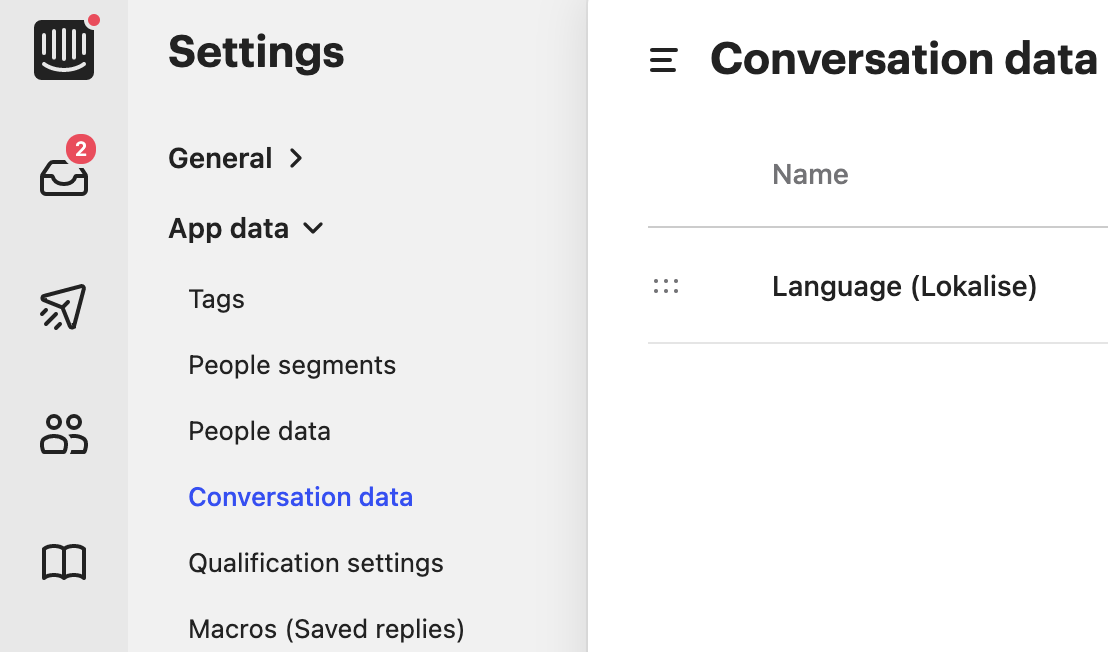 Then click on the Create attribute button in the top right corner: 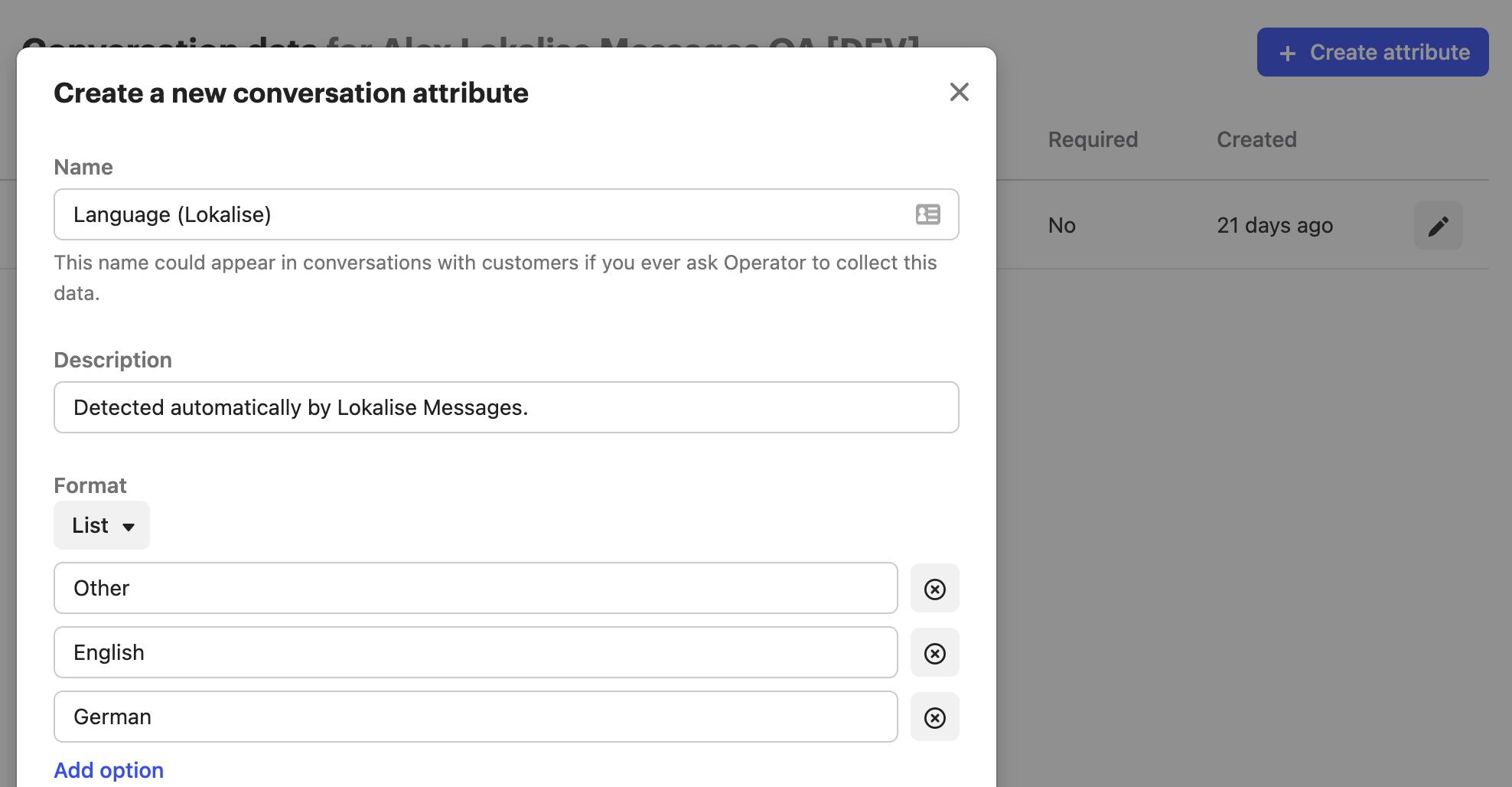 You can add an Intercom Rule to automatically route conversations to a team that speaks a particular language:

Go to Inbox > Automation > Rules and create a new rule. 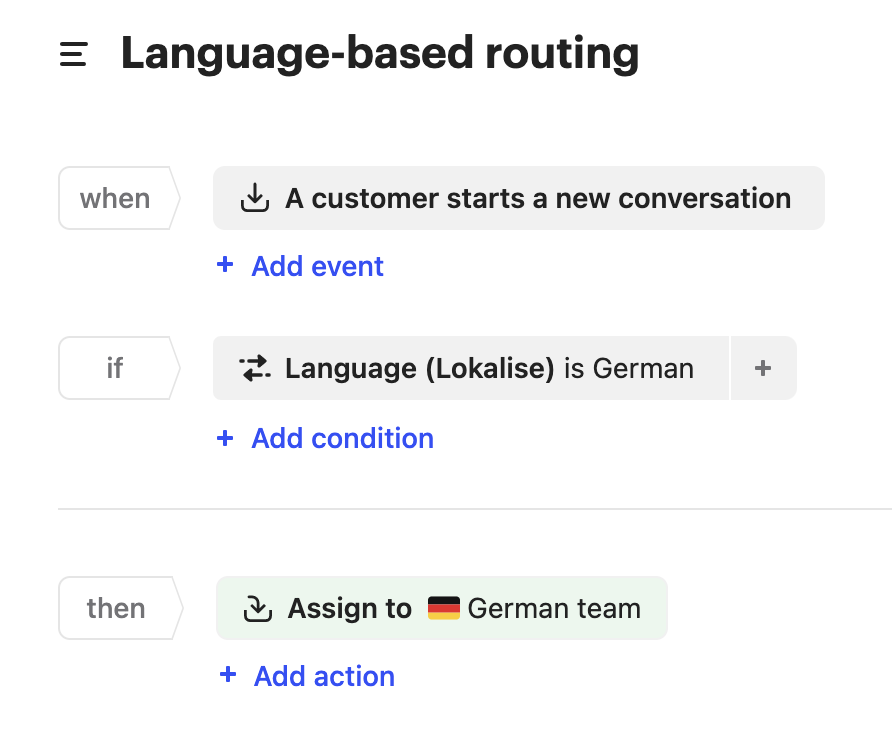 Go to Reports > Customer support > Conversations or any other conversation-focused report and add a Language (Lokalise) filter: