You can configure your languages globally and override these settings on per-team or per-agent basis.

Here are the main configuration options:

Once the app is installed, your base language is set to English (en). In case your team base language is different, you need to adjust this by sending !operator command in any of your Intercom chat's notes. You can specify multiple languages your team speaks, starting with the base one (that's the language we will translate into and from). All subsequent languages that you specify will be considered non-translatable.

For example, if your team speaks English, German, and Spanish you probably don't want to perform translations for these languages. Therefore, the command would be: !operator en,de,es. If Spanish is the base language for your team, you would type: !operator es,en,de. 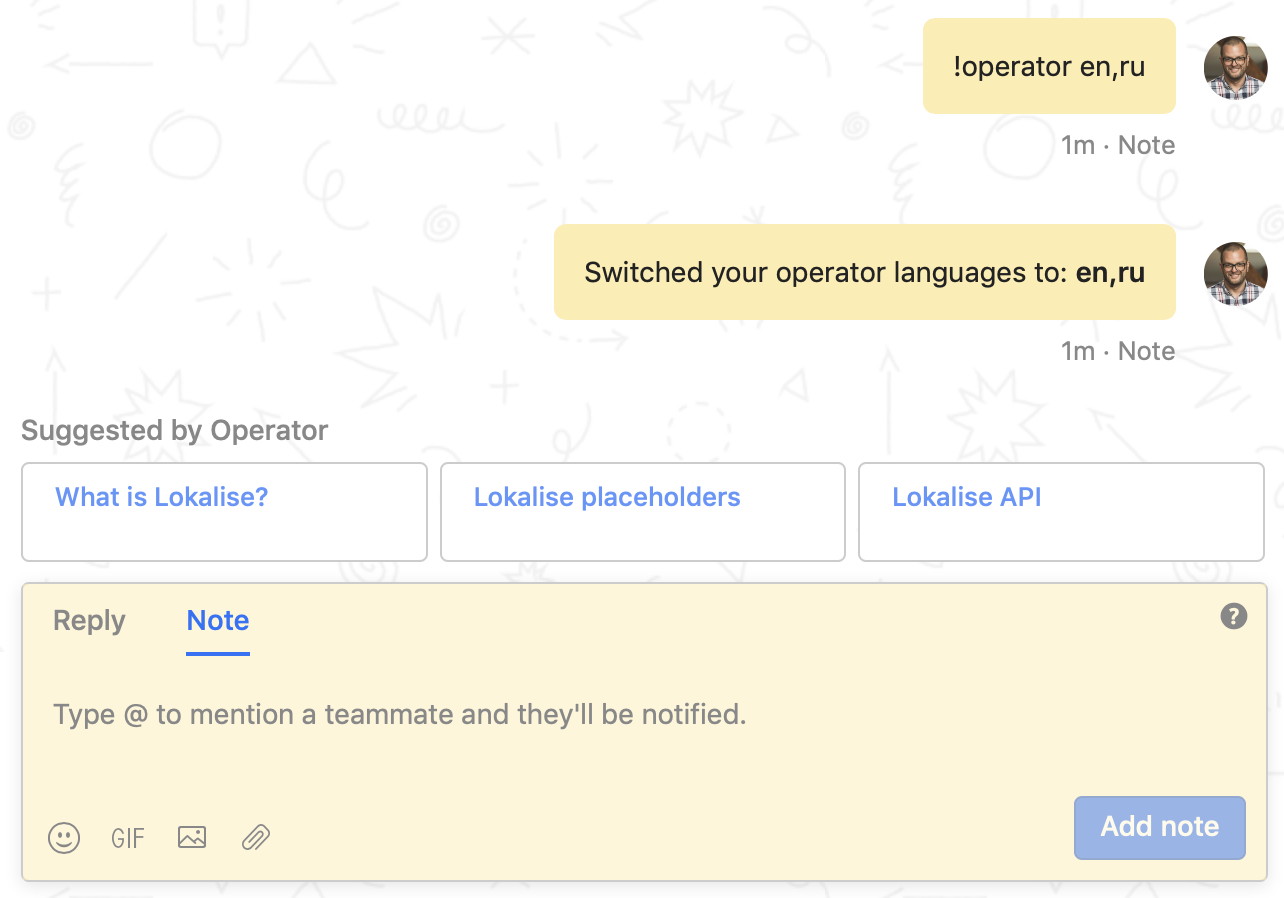 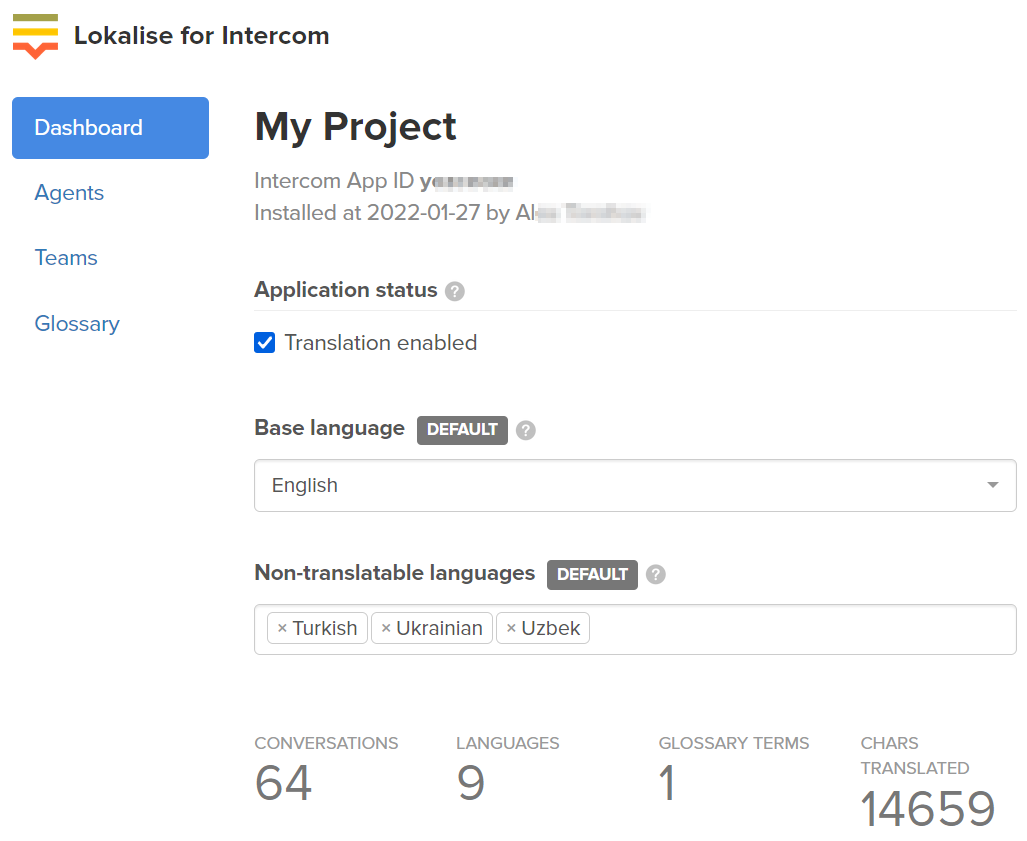 Once the app is installed, the global base language is set to English (en).

All incoming conversations will get automatically translated into the base language. In case your team's base language is different, you'll need to adjust this by selecting another base language.

You can additionally specify multiple languages your team speaks in the Non-translatable languages field. Conversations in those languages won't be translated.

On this page you can assign superuser permissions to your Intercom admins and tweak their languages:

The user who installs the Lokalise Messages becomes the superuser automatically and this permission cannot be revoked (that's why the checkbox on the screenshot above is greyed out). However, you can promote other users to admins as well.

To change the main superuser:

On top of that, here you can override the base language and non-translatable languages for individual users.

Use the search box at the top to find a specific user.

It's possible to simplify the onboarding of new agents if they would be a part of groups based on their primary language. Then a team would hold a similar language configuration for all team members.

This page lists all the teams you have created on Intercom:

Here you can override the base language and non-translatable languages for individual teams.

Use the search box at the top to find a specific team.