Learn about project contributors, their roles, and the differences between contributors and team users.

It's important to understand that there are two types of users in Lokalise:

In this article we will discuss project contributors. To learn more about teams and users, please check the corresponding documentation.

To manage project contributors, click Contributors in the top menu:

You will be presented with a list of all currently added contributors: 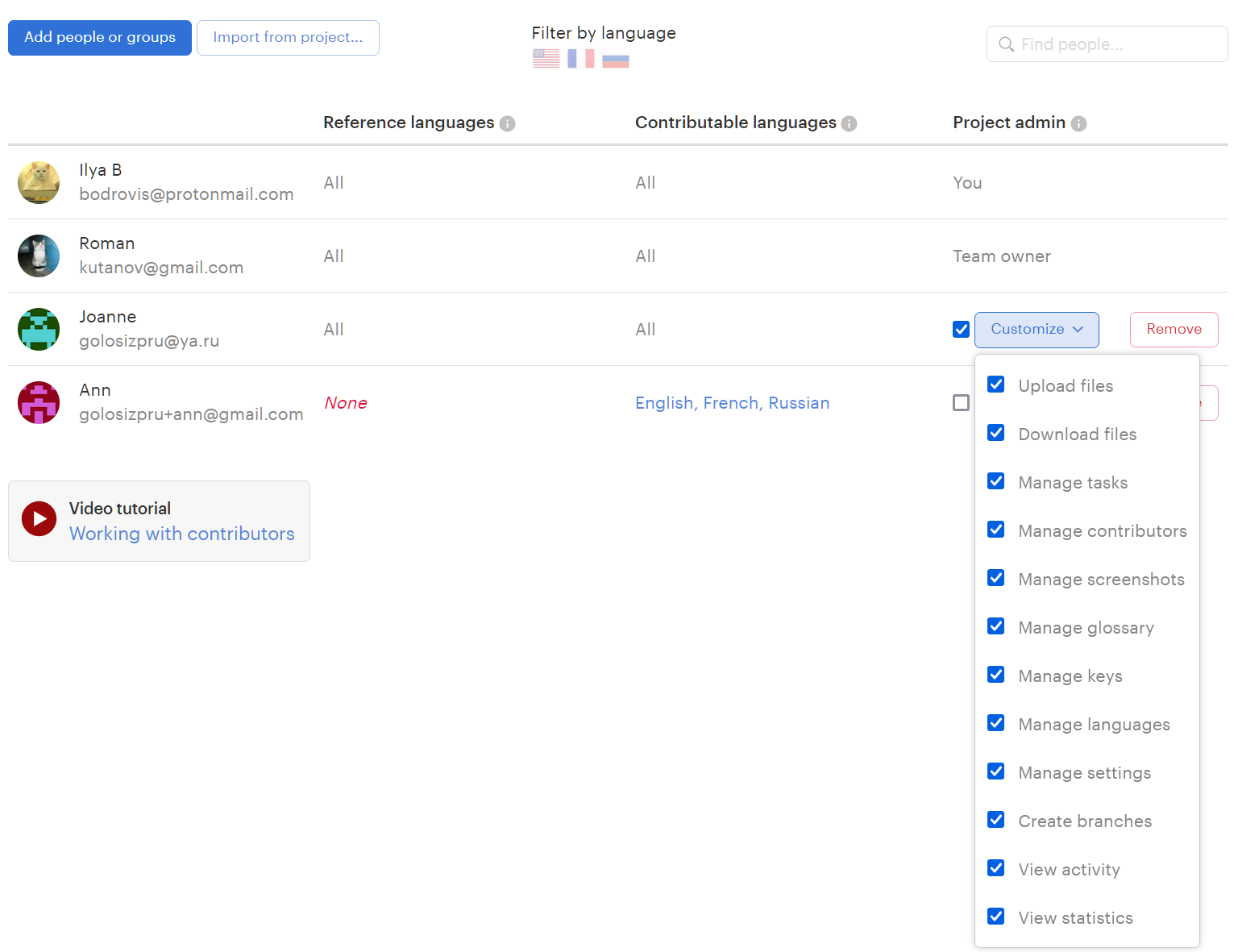 For each contributor you can see:

Each contributor adds to the total team users quota, in other words every new user means 1 occupied team seat (the number of available team seats depends on your subscription plan). Please note that this quota is not strict. Even if you have reached the limit, you can still invite more users to the team (however, if you are paying with invoices, this feature will be unavailable). When a user is invited, a trial period of 7 days will be started, and during this period your team won't have to pay for additional seats. If you remove these additional users within the 7 days grace period, you won't be charged for extra seats. The grace period is displayed in the Team settings under each user profile.

After the trial ends, users will not be automatically removed from your team but they'll occupy a seat.

To add a new or an existing user to the project, click the Add people or groups button. You'll see the following dialog: 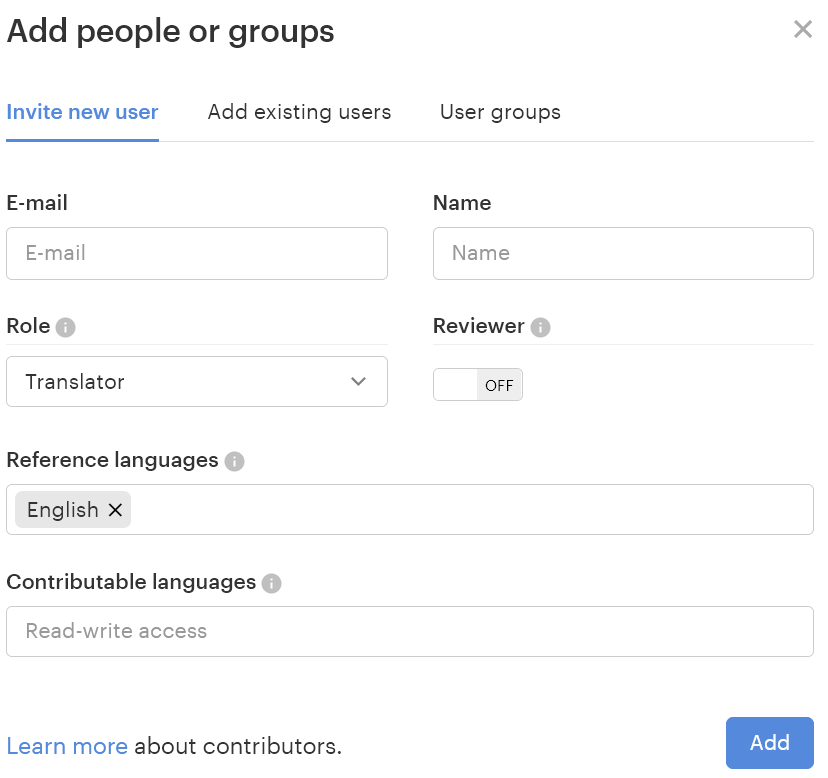 Importing contributors from another project

You can also import contributors from another project. To achieve that, click the Import from project button and choose one of the projects from the dropdown.

Please note that the users who already exist in the current project will be left intact and their permissions won’t be affected. Also, if a user from the chosen source project has permission to access only a specific language, but this language is not present in your current project, that user won’t be added as a contributor.

When you create a professional translation order and choose Lokalise as the provider, a translator and/or editor will be added to your project and your team automatically. However, these new users will not occupy a team seat.

Now let's discuss what roles project contributors can have.

Project admins have full read/write access to all project languages, however they can have limited access to the project features.

You can adjust the administrative rights by clicking the Customize dropdown. You can restrict access to the following functions of the project: