Whenever a customer sends a message in a language that is not listed as your agent language, Lokalise automatically translates it and displays the translated version in the internal notes: 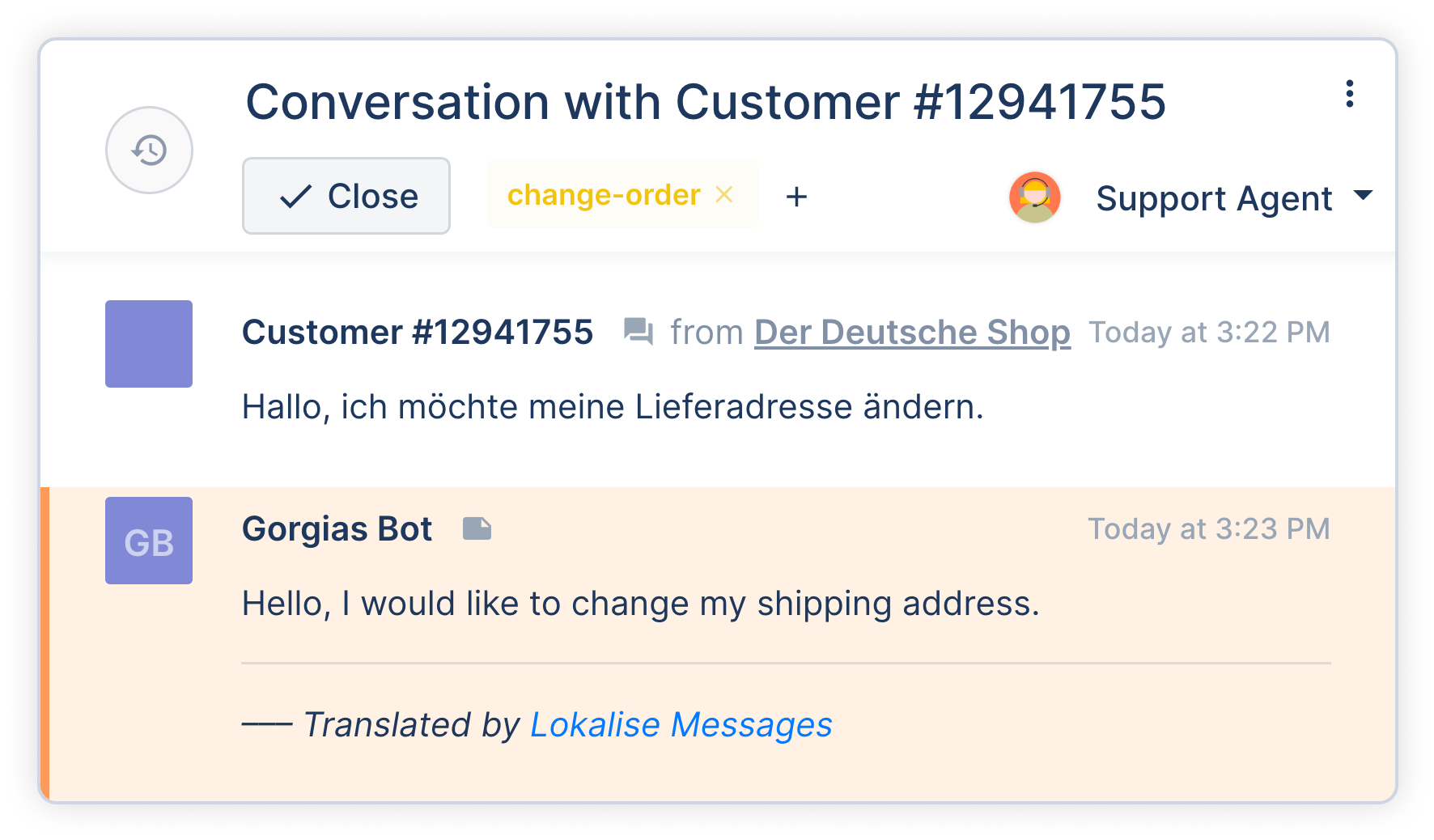 Type your response in the commands, starting with the exclamation sign (!) followed by the actual message, for example: !Hello, how are you doing?. Lokalise will translate this text into the conversation language and send it back to the customer: 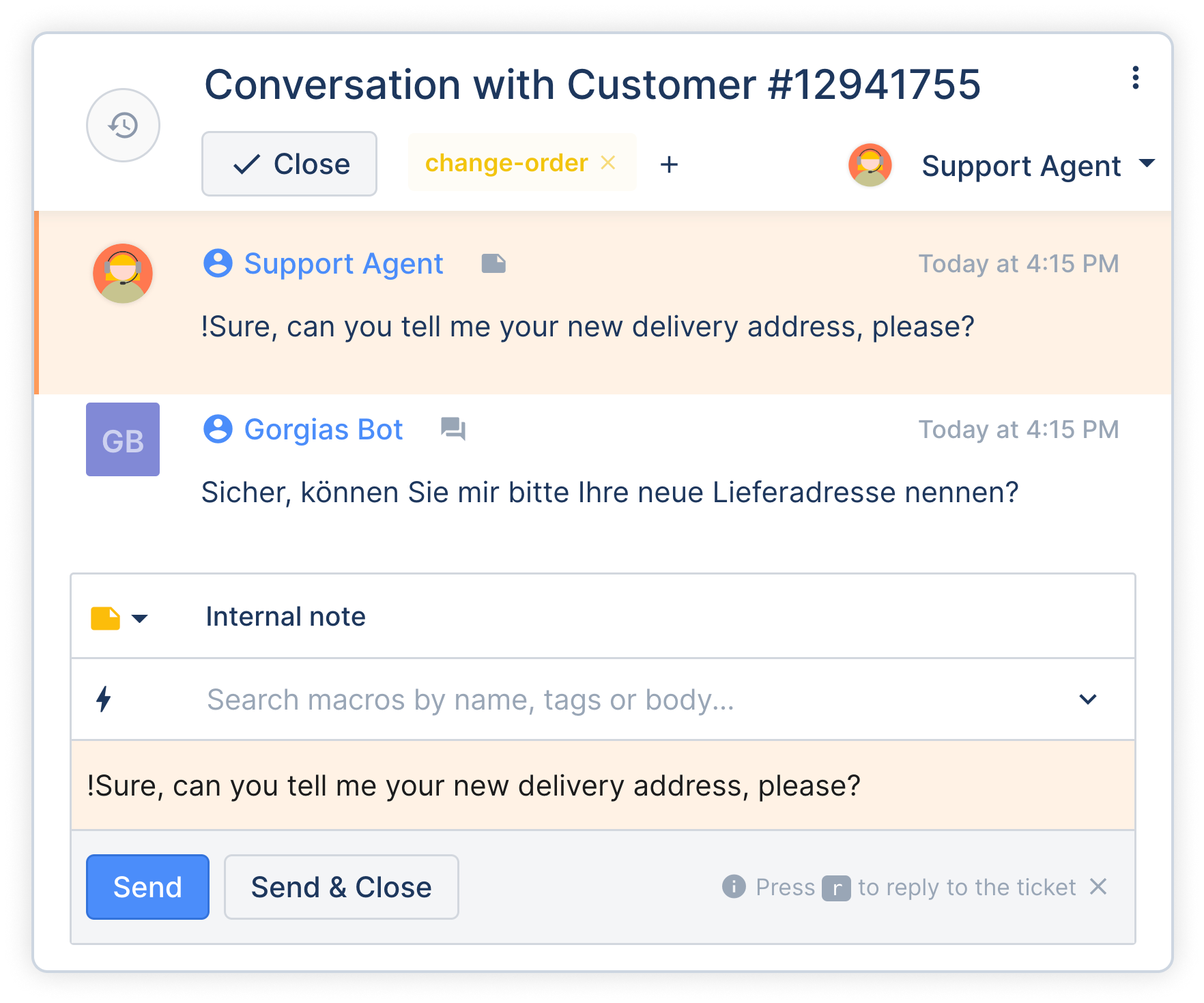 Lokalise Messages could be controlled with the following commands:

!resume — resume previously paused translations in the current conversation. Only new messages will be translated.

!dashboard — get a one-time link to the Dashboard where you can configure non-translatable languages, add specific terminology to the glossary and check the usage analytics.