Once the installation process is completed, a new custom field will be added:

By default the following languages are populated:

You can add additional languages that you want to track. Language names must be specified as shown in the following table:

You can add a trigger to automatically assign tickets to a team that speaks a particular language.

Go to Admin > Objects and Rules > Triggers and create a new Trigger. 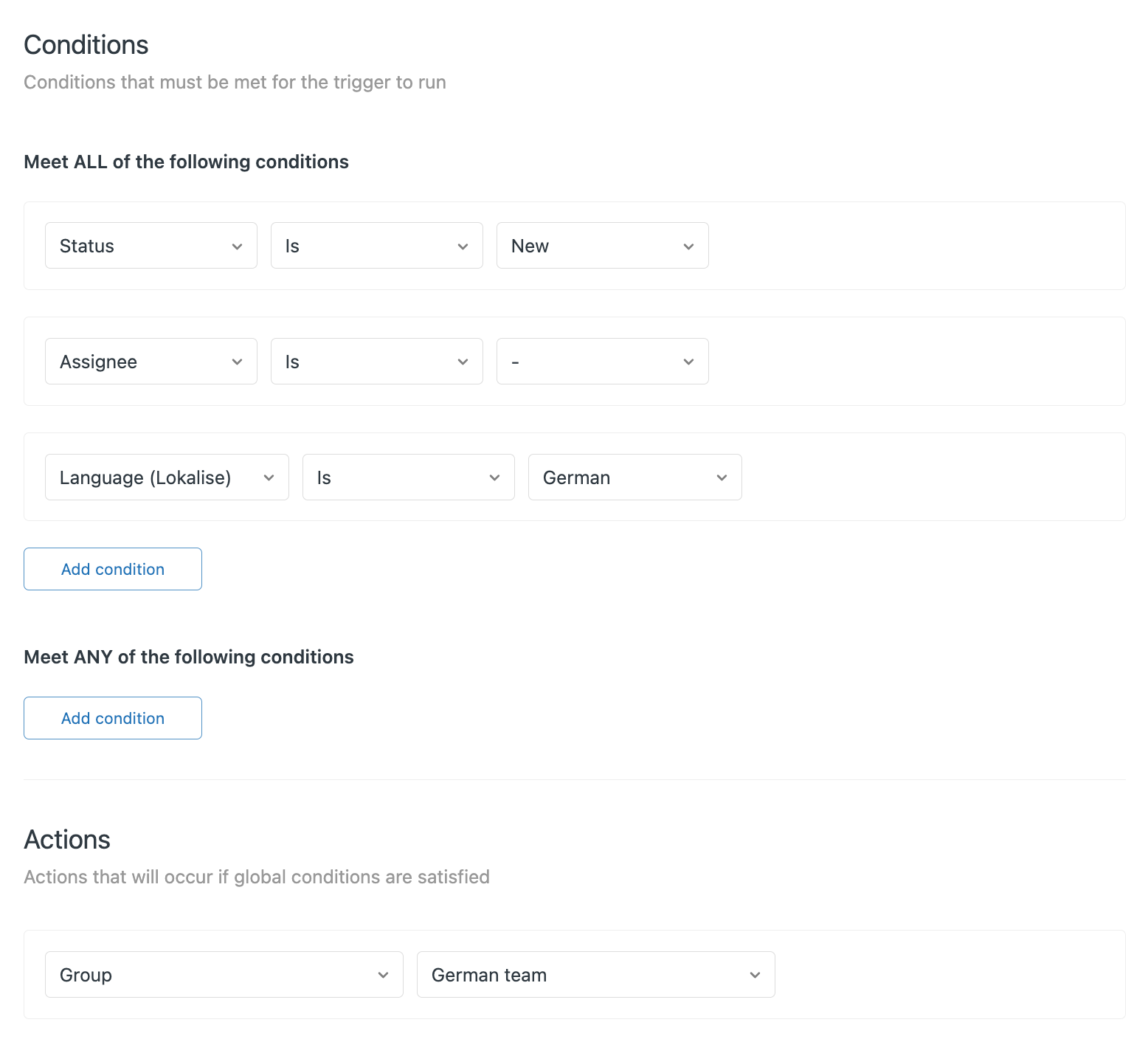 A custom attribute adds a custom field and tags like "lokalise_english" that could be used with Zendesk Explore to build language based reports and dashboards.