This article summarizes all the Lokalise project events that you can send notifications for.

Lokalise provides a number of apps that can notify contributors about certain events that happen within your project.

All these apps support similar events therefore let's discuss their meaning and purpose. 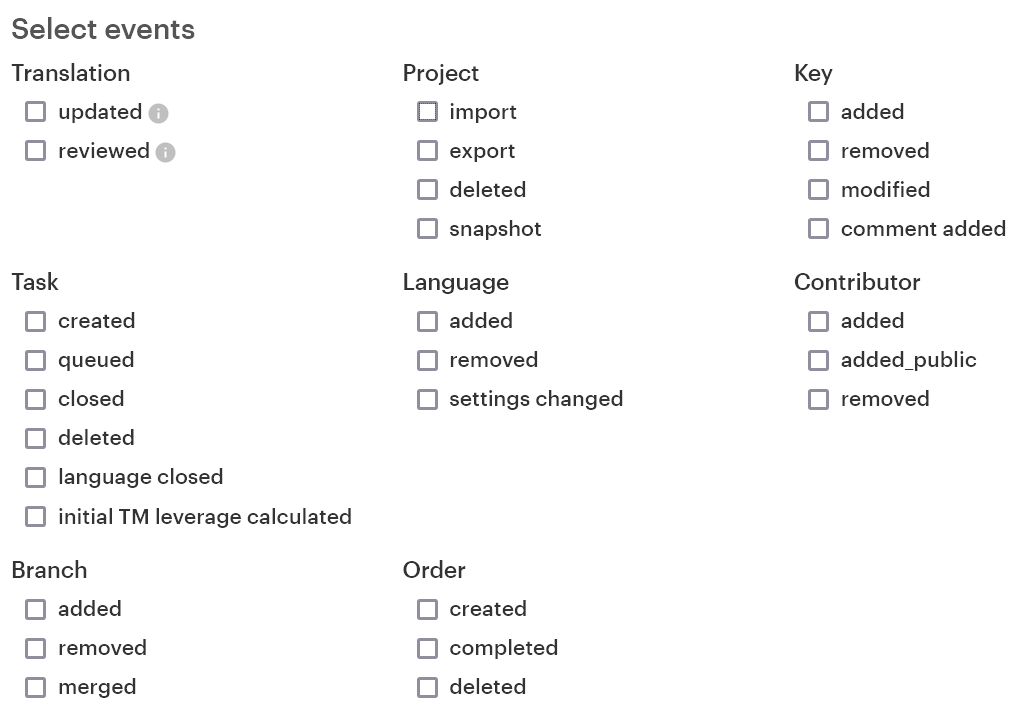