All Collections
Projects and languages
Project features and settings
Automations

Automate routine actions by providing a set of custom rules.

This feature is available from the Start plan and above.

Automations allow you to define custom actions that have to be performed automatically whenever translation value for the chosen language is being changed via UI, API, or integrations. For example, you may create a rule that will provide machine translations for the French language whenever English translations are modified.

Automations is a new feature that supersedes language auto-fill rules.

To get started with automations, open your project, click More > Settings, and proceed to the Automations tab. Click Create to add a new automation. 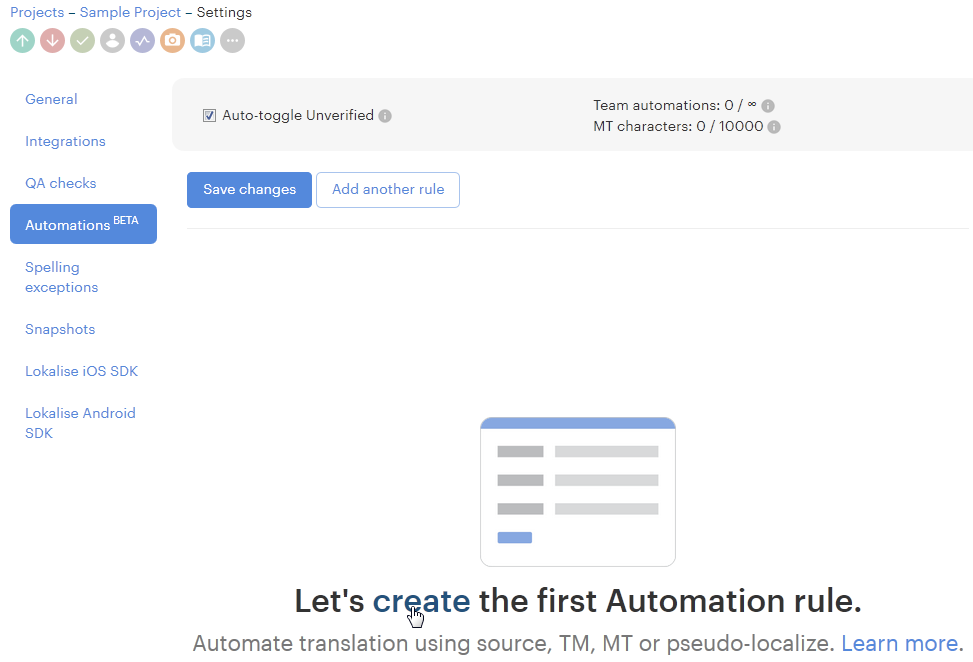 The number of available automations depends on your current subscription plan. Automations are counted across all team projects and each language pair is counted as a separate automation.

The number of characters you can translate using machine translation (MT) is also limited and displayed in the top right corner of the automations page (check the screenshot above). The MT characters limit counter resets on the first calendar day of every month.

If you exceed the automation limits then automations will be disabled and will no longer be triggered. Machine translations also won't be run if the MT character limit is exceeded.

After clicking Create, you will see the following screen: 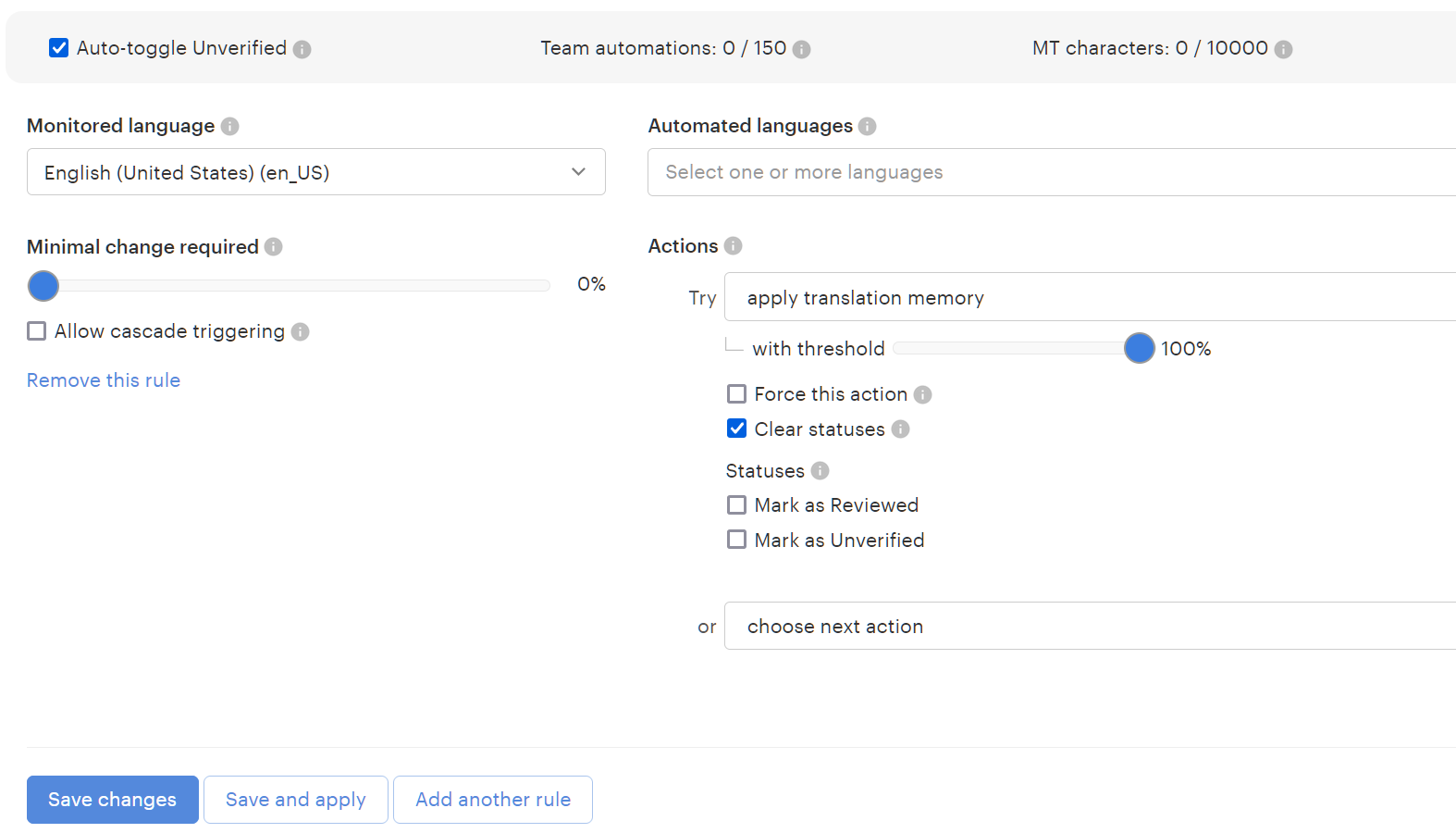 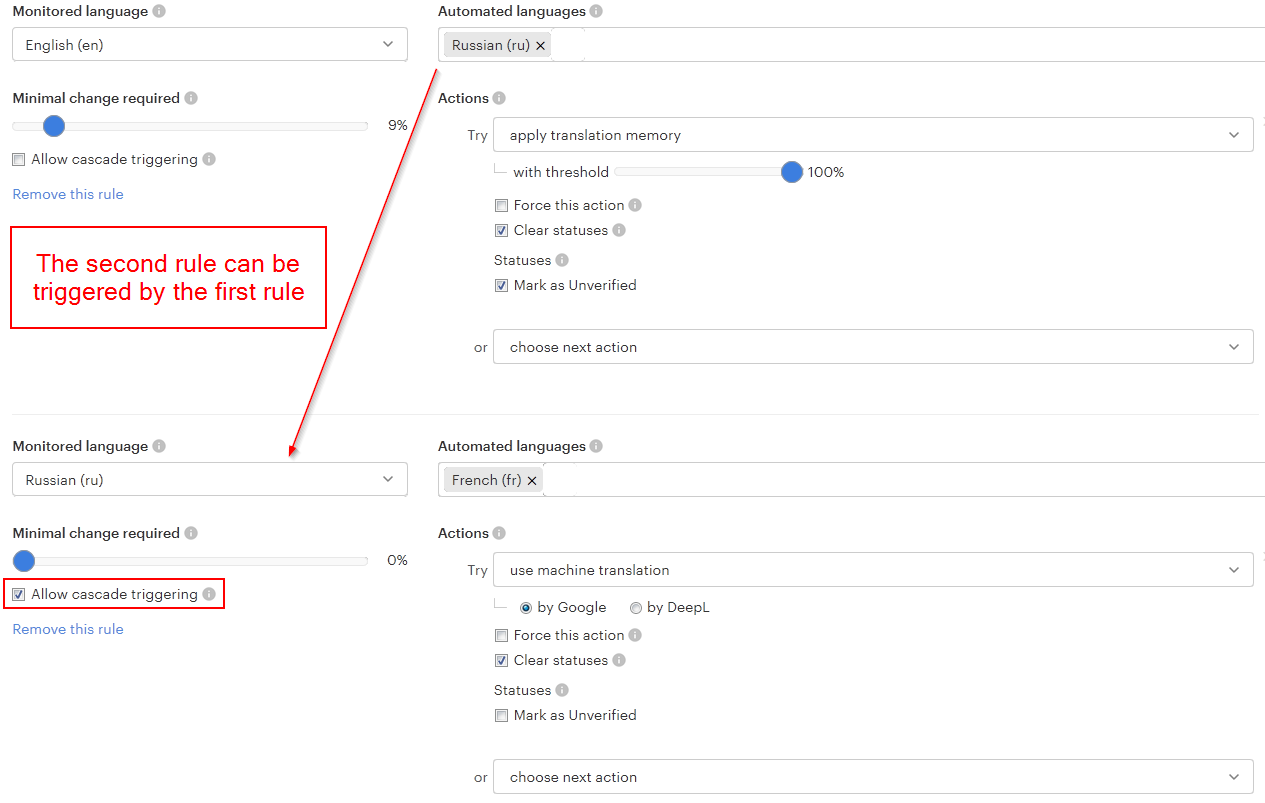 When you are ready, click Save changes or Add another rule to provide another automation.

The following automation actions are available:

The following options are common for all actions:

Also remember that by default automations are applied only to the empty values. To override this behavior, enable the Force this action option.

Automations get triggered after a certain operation has been performed:

To run your automations on demand without making changes to the translations, just click Save and apply: 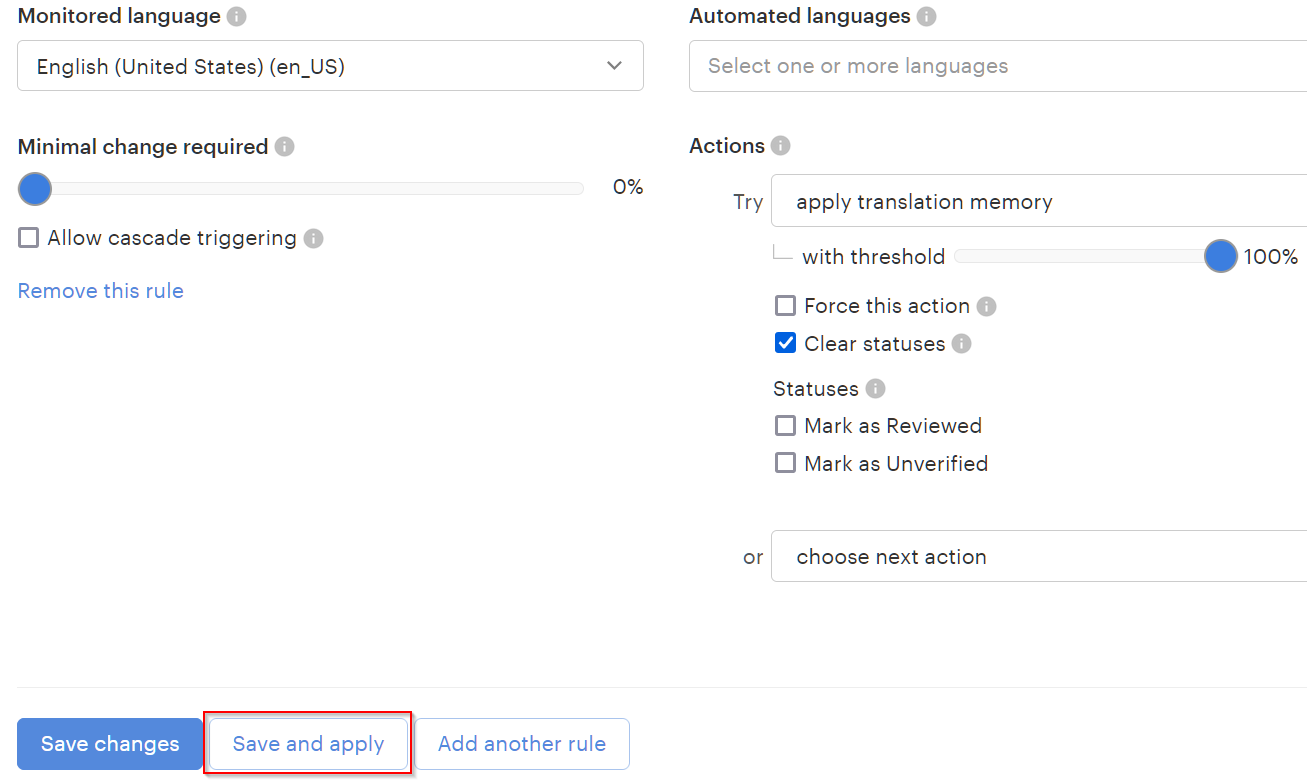 By default, automations won't be run during the key creation process. To enable automations, tick the Automations checkbox: 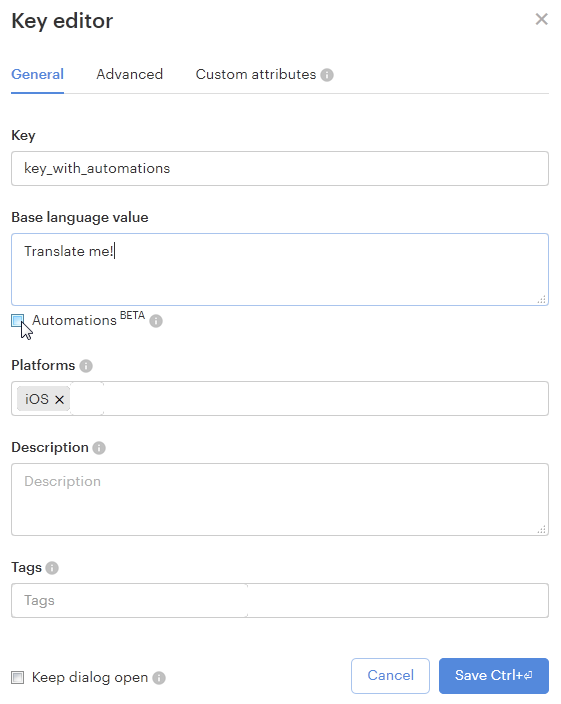 By default, automations won't be run during the file import process. To enable them, tick the Automations checkbox: 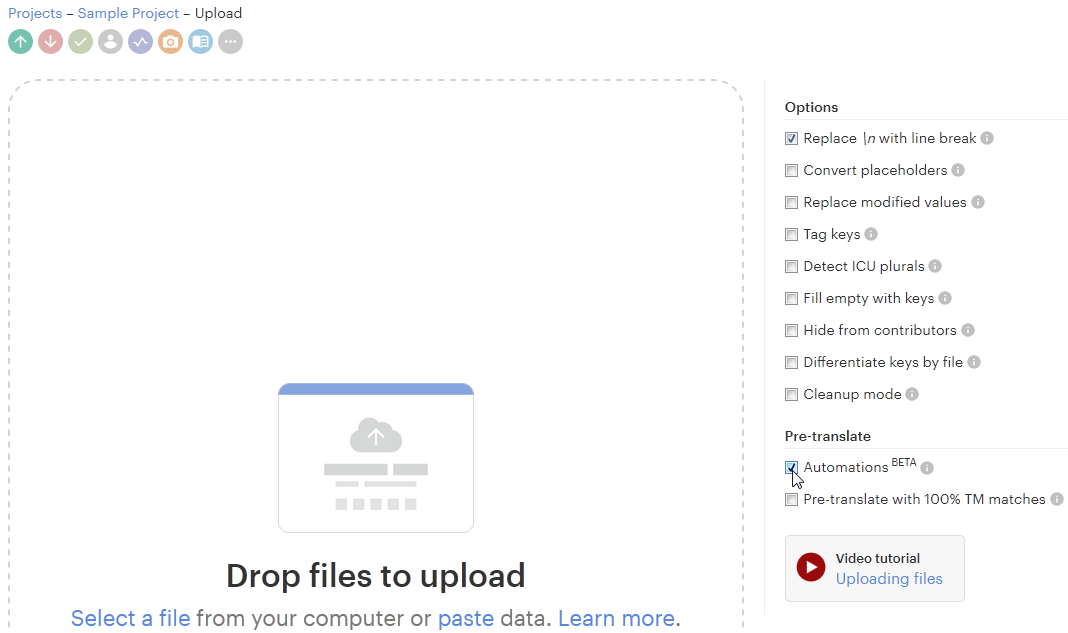